Have you already booked?   Timetables & info 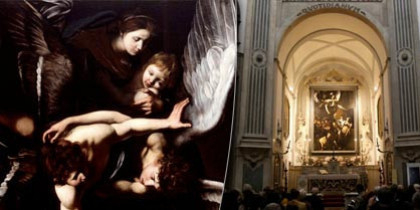 The Pio Monte della Misericordia is an institution founded in 1602 by seven Neapolitan nobles who, aware of the needs of a population in need of help and solidarity, decide to devolve part of their possessions and their commitment to works of charity.

The Pio Monte della Misericordia is an institution founded in 1602 by seven Neapolitan nobles who, aware of the needs of a population in need of help and solidarity, decide to devolve part of their possessions and their commitment to works of charity. the painting by Caravaggio, from the top of the main altar of the chapel, epitomizes the solidarity actions exercised by the Pio Monte della Misericordia in an extraordinary synthesis of the Seven Corporal Works of Mercy still today carefully exercised. 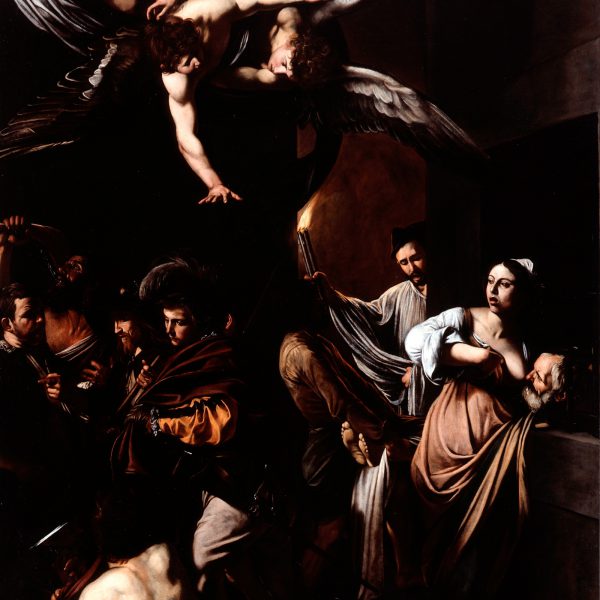 The ancient seat, with the historic building erected in the seventeenth century, preserves a vast historical and artistic heritage and a rich picture gallery with paintings from different schools and eras, including works by Massimo Stanzione, Jusepe de Ribera, Luca Giordano, Andrea Vaccaro, and a considerable amount of paintings and sketches by Francesco De Mura, the artist's gift to the Institute. For several years the collection has been enriched with important works on the theme of Mercy performed by great contemporary artists. On the second floor of the building the Historical Archive and the Library are housed, in which documents are conserved starting from the XIV century, over several private Funds, including that of d'Aquino di Caramanico, with the precious parchment of the proclamation as Doctor of Church of St. Thomas Aquinas.
For over four centuries, the Pio Monte della Misericordia, with its Governors and its Associates, has continued the work of assistance and charity, adapting the interventions to the changing needs

Duration: 30 minutes
Tickets available for purchase: from 1 to 15 (based on availability)
hour: from Monday to Saturday 10 am 5.30 pm | Sunday 9 am - 2.00 pm
Detail time: 30 minuts total, 15 minuts picture gallery and 15 minuts chapel
This ticket is not refundable
You better book on-line!

you always have these benefits included 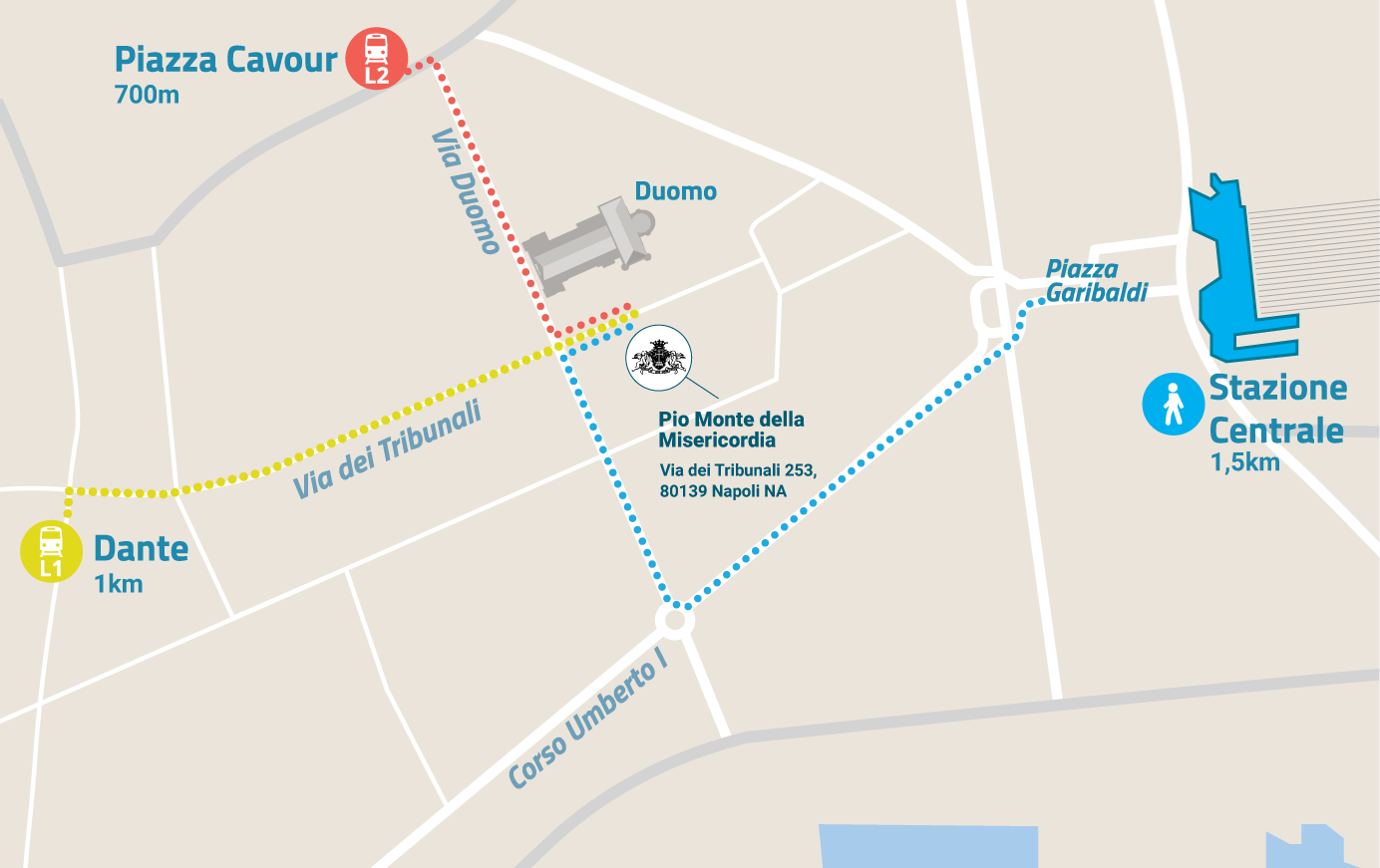 Pinch and drag for more details

The opening hours of the structure

+39 081 446944
+39 081 446973
segreteria@piomontedellamisericordia.it
show ticket
move visit
request refund
cancel booking
call
navigate
You are going to leave the on-line ticket shop. Do you confirm?
You are about to leave the donation area of Pio Monte della Misericordia. Confirm?
If you choose to proceed, all selections made will be reset, so you can restart from scratch. Do you confirm?

Here are some tips for you:
Do you want to know how to pay?
We accept payments made with:
(*) available only if your device is enabled
Do you need an Invoice?
Don't worry, continue with the purchase by choosing "Company/Organization" so you can specify all the data for billing.
After payment we will send you an pro-forma invoice (pdf). If your company is located in Italy, after a few days you will receive the electronic invoice sended through the SDI.
Do you have doubts during the purchase?
When you find this icon:
click it and get more details about the section you are in.
Do you need more information?
Timetables & info
Close
If you have already booked, you can access your personal area to manage your orders.
or
Insert your e-mail
Enter your password
Forgot password?
••••• ?
With this procedure we will help you to reset your lost password. Enter the email you used during registration.
Insert your e-mail
Check the field below and make sure you have entered the correct address. If the address is correct, please check your SPAM folder.
Insert your e-mail
We have sent a 6-digit code to your email. Confirm your identity with this code and you can set a new password.
Enter the security code
Didn't receive the code?
•••••
Thank you .
You can now choose a new password.
Attention, for your safety
Enter the new password
Verify the new password
Show characters
We finished !
We have already connected you to save you time, but remember to make a note of the password you have just chosen for your next logins.
Are you sure you want to cancel the password recovery?